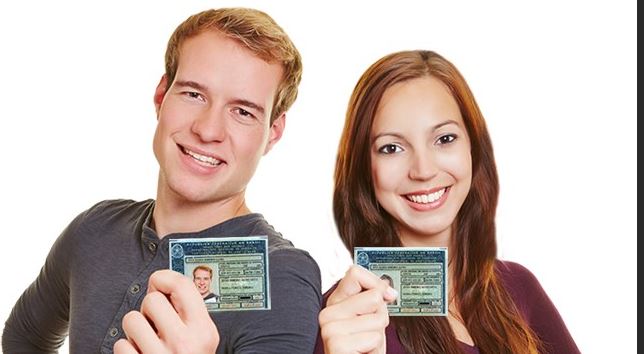 The use of fake IDs is a common practice among young adults, often to gain access to bars, clubs, or to purchase alcohol and tobacco. However, it’s important to understand that using a fake ID is a serious crime that carries significant legal consequences. Not only is it illegal to possess or use a fake ID, but it’s also illegal to make or sell fake IDs. What Happens if You Get Caught with a Fake ID? Fake IDs can be easily purchased online or through shady street vendors, but the consequences of being caught with one can be severe. Not only can you face fines and possible jail time, but you could also face long-term consequences such as a criminal record that can affect your ability to get a job, housing, or further education. This blog will provide an overview of the reasons why you shouldn’t use a fake ID and the legal consequences of getting caught with one.

Why you shouldn’t use a fake ID

There are several reasons why you shouldn’t use a fake ID, the most obvious being the legal consequences. If you are caught with a fake ID, you can be charged with a crime and face fines, community service, or even jail time. Depending on the state, the charge can be a misdemeanor or a felony, which can have long-term consequences for your criminal record.

But the consequences don’t stop there. If you are a student, using a fake ID can result in disciplinary action from your school, including expulsion or suspension. This could greatly impact your future education opportunities and career prospects.

Additionally, using a fake ID raises ethical considerations. By using a fake ID, you are committing fraud and misrepresenting yourself, which is not only illegal but also morally questionable. Not to mention that, in many cases, the fake ID might not even be properly produced, this could put you into risk.

In short, using a fake ID may seem like a quick and easy way to gain access to things you may want, but the risks far outweigh the benefits. It’s much safer and more responsible to find legal ways to attain the privileges that a fake ID might offer.

What happens if you get caught using a fake ID

If you are caught using a fake ID, you will be facing legal penalties. The exact penalty will vary depending on the state, but can include fines, community service, or even jail time. Some states will also require you to attend an alcohol education or treatment program. If the offense is more severe, such as using a fake ID to purchase firearms or to board an airplane, you will likely face more serious charges and harsher penalties.

But the legal penalties are not the only thing you have to worry about. Getting caught with a fake ID can have serious consequences for your education and career. If you are a student, your school may take disciplinary action, including expulsion or suspension. This could greatly impact your future education

opportunities and career prospects. Additionally, having a criminal record, even for a minor offense like using a fake ID, can make it more difficult to find a job or rental housing in the future.

Moreover, having a criminal record can also negatively impact your ability to travel, especially to other countries. Many countries have stricter immigration laws that may deny entry to someone with a criminal record, regardless of how minor the offense. It can also affect you to be eligible for certain licensures, or public benefits.

In short, getting caught with a fake ID is not something to take lightly. The legal penalties can be severe and can have long-term consequences for your education and career. And, your criminal record can follow you for many years and have a negative impact on many aspects of your life.

Using a fake ID is a serious crime that carries significant legal consequences, not just for the moment but also in the long term. It can result in fines, community service, or even jail time, as well as negative impacts on your education and career. Additionally, it raises ethical considerations and you might be putting yourself in risk.

It’s important to understand that there are legal ways to attain the privileges that a fake ID might offer. For example, if you are trying to purchase alcohol or tobacco, you can wait until you are of legal age to do so. If you want to gain entry to a bar or club, look for legal ways to prove your age or seek alternatives that don’t require an ID.

Using a fake ID is not only illegal, but it can also lead to long-term consequences that can greatly impact your future. If you are considering using a fake ID, it’s important to weigh the risks and downsides before making a decision. Instead of using a fake ID, find legal ways to attain the privileges you desire, and avoid the risks that come with committing a crime. This article is written by Britishmarketnews, hope it will clear all your confusion.