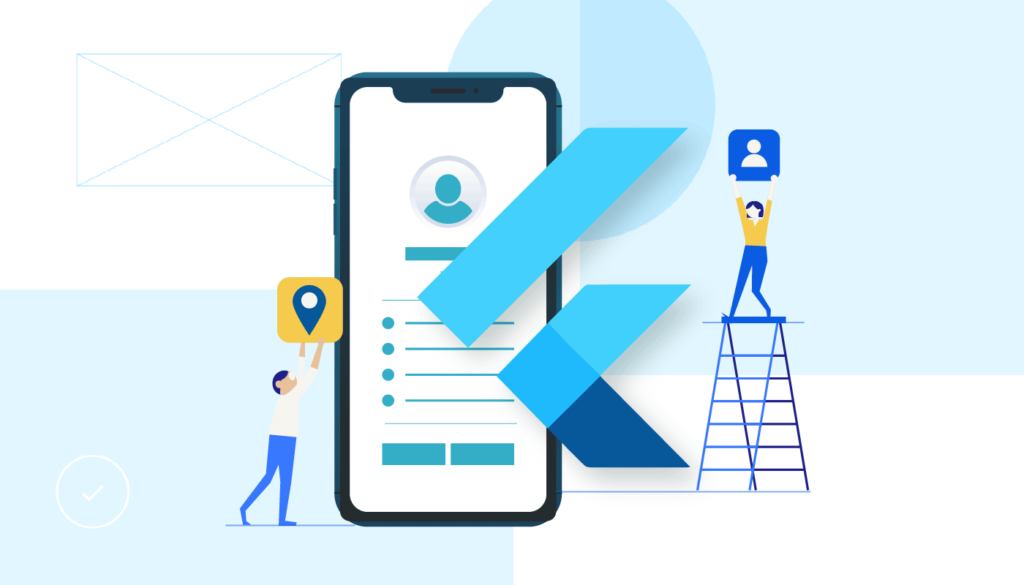 Technology has become an integral part of our lives for the convenience of day-to-day tasks and accessing luxurious items and services at the tip of our fingers. In the last couple of years, businesses have well acknowledged the importance of technology integration in their business

The leading businesses are rocking revenues with cross-platform applications. In 2020 the digital applications grossed over 581$ billion dollars in revenue. The market witnessed constant growth with the launch of google’s Flutter toolkit.

Google launched its framework in 218 and particularly designed it for cross-platform development based on the programming language DART (or as known as DASH).  Flutter framework can successfully develop web pages and alpha mode for Linux and Windows as well as works perfectly for android app developers.

So, how popular is the flutter framework?

We wouldn’t expect Google to launch anything but the best. Some of the recognizable apps built on flutter apps include Google Ads and Alibaba group. eBay, Stadia, and Toyota. Since the flutter introduction in the market, the value of facebook’s react-native has fallen to only 38% usage by developers and dropped. Flutter is quite popular among the developers for its exceptional capacity to shelter the functions of and cater to the requirements of every business.

Why is Flutter Becoming Popular For Mobile Apps; Development Wise

Flutter is the preferred toolkit by at least 42% of the developers because it is intuitive, easy to manage, and allows quicker development. As compared to other framework toolkits, flutter offers you everything which significantly cuts down the time of development.

Additionally, the app/ pages are downloaded automatically without an action which means any changes made will be quickly validated. The whole automation process makes even debugging very easy.

The Flutter community is enormous and blooming with talent. As a developer, it brings you access to a wide range of documentation, increased technical support response, hacks, and tricks of the toolkit. The large community of flutters is also eager innovators. Being a part of the flutter community, a developer is designed to learn new areas of flutter every day.

Any developer who has consulted a client would testify that the most common question asked is “which platform is better for mobile app development?”. In truth, a platform with the majority of your target is the best platform, and in cases of e-commerce business, both of the platforms become important.

Flutter uses the same code base for the development of iOS apps and android apps as well. Without flutter, it would take more time and resources. The widget-based UI and quick debugging allow a product to launch in minimum time. Additionally, you can create new features without any hassle.

Why is Flutter Becoming Popular For Mobile Apps; Business-Wise

Being an owner of an e-commerce platform if you desire to have your business app on both platforms the cost would be much more affordable with the flutter toolkit. As we have already discussed flutter uses the same code base for both of the platforms, you can creatively get both the apps with less cost of production and higher ROI.

Web and mobile app development are extensive processes, especially if the coding is complicated. It is quite common to experience delays in developments because of the debugging taken after the beta test. However, due to the simplified process of the flutter toolkit, the development is quicker even when it comes to debugging. Even if there is some delay, comparatively the launch would still be sooner.

Adding new features can be hectic but is also a necessity these days. The market is evolving continuously and as a top brand so should the business. For the business to keep up with the audience demand fluter is a great tool.

Flutter is a growing open library. There is always something new to try and learn. With the flutter toolkit, it is easier for the developers to design and add new features and widgets to your application. The upgrade of the application is fairly easy with the flutter apps.

Up to Industry Standard:

Using an outdated framework for your web and mobile applications is not a good choice especially if the app is on the iOS platform. An outdated application that is slow, and hangs a lot isn’t the app that would bring you revenue. Since the launch of the flutter framework by google, it has been raving in the market with high standards.

Flutter is one of the frameworks that stands to the standards of the industry and is a popular choice among the top businesses.