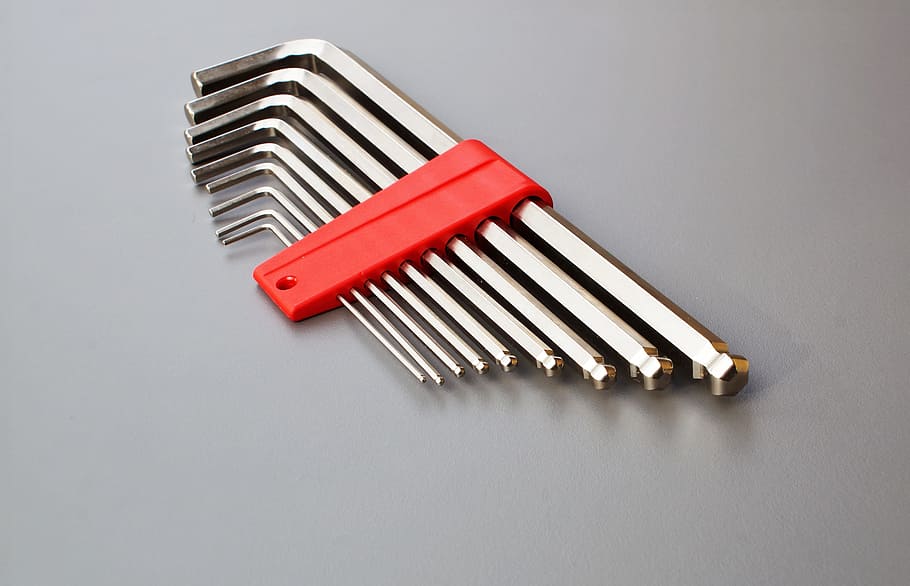 When you spot a star-shaped bolt or a hexagonal screw, you know it’s time to turn to your toolkit. But, should you grab your Allen key or a Torx wrench? Believe it or not, most people have one or both in their toolbox, but may not realise just how or when to use them. If you have purchased furniture that you assembled at home, then you have most assuredly used one or both of these tools and they likely came with your project product as well.

The Allen key is an L-shaped tool with a hexagonal-shaped head at either end. They were originally developed by a company in Connecticut, and they got their name from it – Allen Manufacturing Company. While there are many names for this tool, the Allen key is the original name.

Allen keys are generally used for the auto industry, consumer electronics, small industrial products, furniture assembly, and musical instruments. In addition, you may need an Allen key for children’s toys that require assembly. You can rest assured, that if you see some assembly required, it’s an Allen key you will need to get the job done.

While they are available to purchase on their own, it’s always wise to invest in a set so you have the correct size when you need it.

Torx wrench is similar to an Allen key, but the difference between the two is the shape. The Torx wrench features a star-shaped head rather than a hexagonal shape. When you purchase a set of drill bits, a Torx tip is generally included alongside the Phillips, flathead, and Allen bits. It is easy to identify a Torx head because it has a six-sided star shape, which is why it’s often referred to as a star screwdriver.

The Torx is known by many names as different industries use specific names, however, they are all Torx wrenches. Like the Allen key, the Torx wrench is commonly used on motorcycles and vehicles. It was originally invented in 1967 for the automotive industry. But is now useful in IT and consumer electronics as well.

The reason it came to popularity was due to how uncommon they initially were. That made it ideal for tamper-resistant products like computers. As they have grown in popularity, however, their use has expanded into construction. It is due to this popularity that you will now find Torx sets in hardware stores the same way you do Allen keys.

Ultimately, the tools are similar in that they are both considered part of the wrench family. They also serve the same function. However, they are used on different screws, which means you can’t simply use them interchangeably.

If you need an Allen key, then only an Allen key will do and the same is true of a Torx wrench. They do share a lot of uses in common, both popping up in the same industries. Though you can be sure you’ll find Torx screws in Apple products. If you pop them open, whereas you’re sure to find a hex screw on your electric guitar. Discover the range of available Allen keys at RS today!