Solitaire is a card game that people have an extraordinary obsession with. It has been firmly confirmed that Solitaire is a 300-year-old game, despite its origins being unclear. This game is highly thrilling to everyone. There’s a strong chance that as soon as you download this game, Solitaire^ will win your heart. 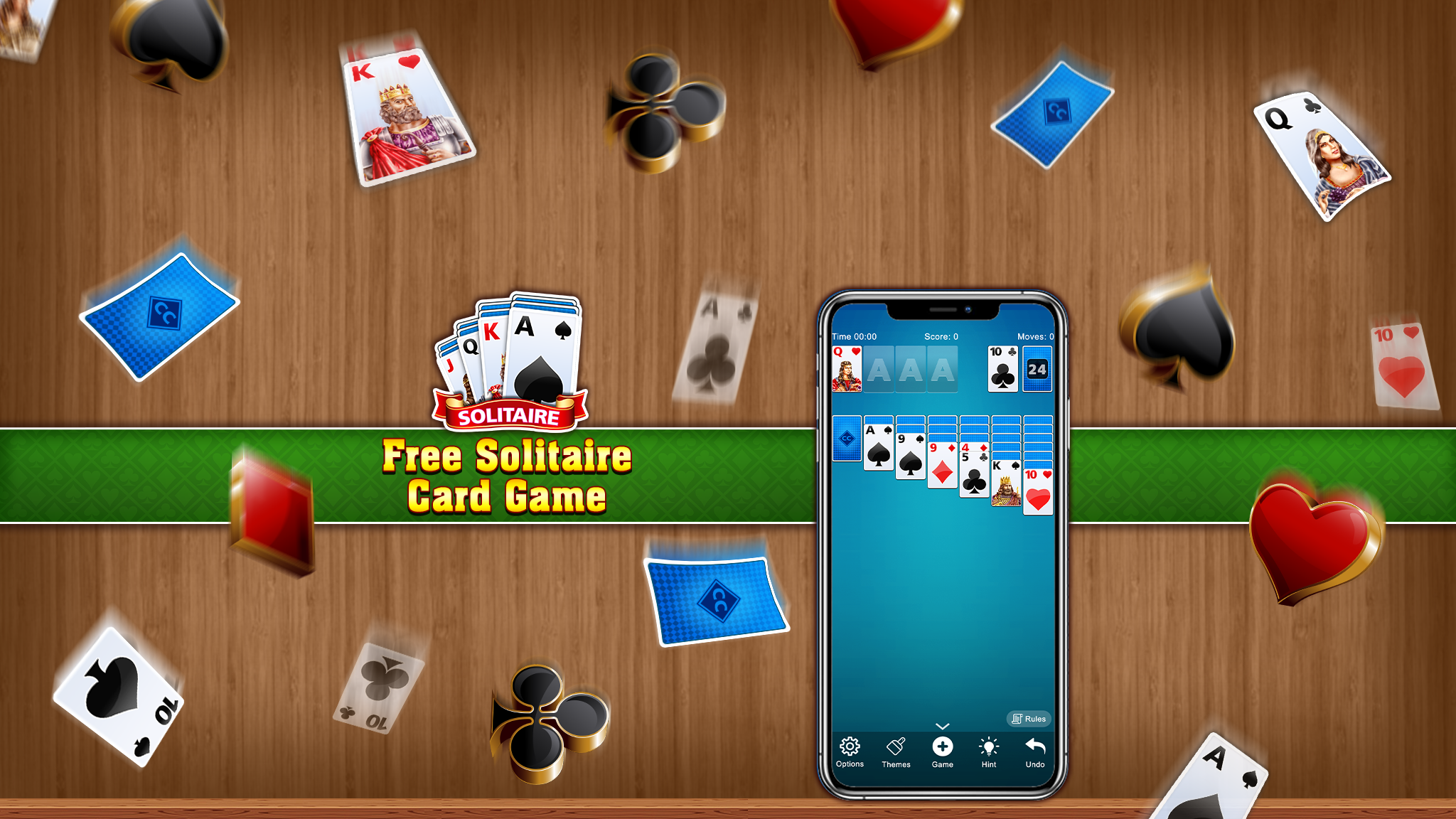 However, when we go Solitaire shopping, we have a tonne of games at our disposal. Both the App Store and The Play Store provide a huge selection of Solitaire versions. You could understandably feel perplexed after seeing so many Solitaire games. Here, Solitaire^ by Camel Motion Inc. can be a big benefit to us all.

The interesting characteristics and attractive attributes of Camel Motion’s Solitaire^ are as below.

By selecting from a selection of interesting themes and Card Covers in Solitaire^, you can enhance your gaming experience. The palette ranges from the saffron hue of the seaside to the green meadows of tropical jungles. Other alluring themes are white mountain ranges and lush green meadows.

There are also wonderful card covers in addition to this. The patterns and motifs on these card covers are very amazing. These engaging themes significantly enhance the gaming escapade.

A complete novice finds it quite difficult to learn how to play Solitaire. They can easily begin playing this excellent card game once they have gone over the rules. There are, however, times when the player cannot move.

The Hint feature is available in Solitaire^ in those key situations. By choosing Hint, they may watch the next step, after which they could move on. The Hint genuinely seems to be a lifesaver at those times when we are blank with our inability to move.

The Undo button is also present. It is common for us to periodically feel unsure about the choice we just made. In those circumstances, the Undo function comes in handy. As the name says, you can easily reverse your move and make the one you intended to make.

The player in Solitaire^ must cover all four foundations with the cards they have at their disposal. Second, the player should lay out the cards from Ace to King in a serial sequence, with each foundation representing a different suit. With just one click, players of Solitaire^ by Camel Motion can move the cards. You just have to find the possible placement of a card, then click on that particular card.

You can proceed with the following action when it is ready. Due to the cards’ simple movement, this Solitaire^ is among the best of its kind. As a result, even a novice player could move the cards rapidly and cease wasting time by just dragging and dropping them. That is why everyone loves the highly user-friendly UI of Solitaire^.

Even though playing Solitaire^ isn’t very difficult, learning a new skill or pastime really takes a significant amount of time. Here, in Solitaire^, the rules are shown in the bottom right corner of the screen. Any beginner can use these instructions to play the game of Solitaire^. In brief, the player must move the cards from the Stockpile to the Tableau.

Any of the 7 Tableaus that are at the bottom of the screen will accept the player’s cards. Finally, the cards are moved from the Tableaus to the Foundations. The regulations are also explained in great detail so that everyone may understand them. In addition to the rules, the figures are provided for a better understanding.

In addition to the aforementioned, Camel Motion’s Solitaire^ is absolutely distinctive. Solitaire^ wasn’t played like this before. This game’s main objective was to appeal to as wide an audience as possible.

All ages of players would like to play this game. It would teach players something helpful in addition to entertaining them, it would be playable anywhere, at any time, and it would load quickly. If you want to spend some quality time with yourself and learn some important things, Solitaire^ is the ideal game.

5 Things You Have In Common With Wall To Wall Carpet.

What Is The deal with Cutting edge Twin Progress Being made?

9 Reason You Need the Commercial Moving Services in Surrey Bc