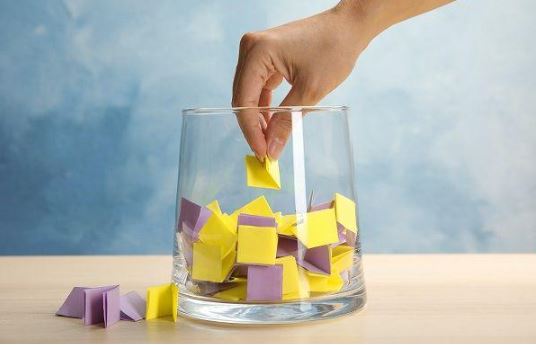 Individuals that succeed in their abilities and accomplishments in their particular fields are recognized with awards and prizes. Numerous industries present awards, including movies, sports, and television.

When someone wins a specific game, such as the lottery, a puzzle, or a game show, they are given a prize in the form of money.

People can receive awards and prizes in cash or kinds, such as a car, furniture, or other items.

Under section 194b of the Income Tax Act, money and accolades earned from winning game shows can be deducted from taxable income.

Taxation on awards and prizes is based on a variety of variables.

Let’s understand them in detail:

194b of Income tax act for Awards

Similarly, the Indian Government has a list of awards that are tax free for the awardee, including National awards, Olympic awards, Asian Games awards, Arjuna awards, and many more.

However, if a prize is granted that the government has not approved, the winner is eligible for a tax deduction in section 194b of Income Tax Act.

Section 194b for Prizes

If the prize money exceeds Rs. 10,000, the person giving it to the winner of a lottery, crossword puzzle, or game show is allowed to deduct TDS in section 194b.

Lottery, television, and internet game winners are required to collect and deposit the TDS amount at the time of payment to the government in 194b.

Before you may take possession of a gift in kinds, such as a house or a car, you must pay a 31.2% TDS. But occasionally, a corporation that distributes such presents may decide to shoulder the TDS burden.

Winnings from the sources listed below are liable to TDS of 30% under Section 194b of the income tax act:

On top of this 30% tax, there is a 2% education cess and a 1% secondary and higher education cess. The overall tax rate on earnings from game shows is now 30.9%. The person or organization in charge of disbursing the prize money to the winner must deduct this TDS.

For taxation purposes, winnings from game shows and lotteries are not included with your other income. Winnings from these sources are categorized under “Income from other sources.”

What’s the penalty for not paying TDS?

Tax evasion is punishable by minimum 3-month imprisonment and a maximum 7-year sentence, plus a fine.

Therefore, be aware of the laws and guidelines governing tax payment for awards and prizes. It’s every citizen’s responsibility to pay taxes and go according to the guidelines given by the government.

How to deduct TDS in section 194b?

As TDS is subject to various criteria for people who organize the game shows and award prizes to the winners, abide by the following rules when deducting TDS on awarding prizes to game winners.

TDS for prizes in Kind

Not every game’s prizes are in cash; some give in combinations of cash and kind. The tax calculation is simple when the prizes are in cash which is different in kind types. The tax payable is constant at 30% under section 194b of the Income tax act, but who is bearing the liability and value of the prizes are the factors that come into consideration.

The prize distributor will ensure that tax has been paid in respect of the wins before distributing the reward if the prizes are in kind. Either they will get it back from the winner, or they will pay the taxes due and deposit TDS from their own pocket.

However, if the award is part cash and part kind, tax is deducted on the total value of the cash and kind from the cash. If the cash is inadequate to cover the TDS burden, the deficit is paid by either the winner or the prize distributor. This is fully dependent on the terms and conditions of the reward system.

Enjoy your rewards and awards along with paying the tax amount correctly.

Income from such game shows is taxed separately from other sources of income. As a result, the tax burden on the remaining income is computed individually based on the taxable income, deductions, and income tax slab. Know that you are liable to taxpayers for such awards and prizes. Abide by the tax payment act regularly. Know the guidelines and conditions regarding tax payment to avoid any punishment.